Actor Varun Dhawan and designer Natasha Dalal originally planned a wedding in Phuket, Thailand. However, the pandemic did not allow for such a sophisticated plan. However, the couple didn’t refuse their vision of walking down the aisle in the tropical locale. And so they arranged their wedding in Alibaug. Graviss Hospitality India’s idyllic The Mansion House was chosen as the venue for the weekend celebrations from January 23-24, 2021.

The guest list was reduced to just under 50 people, with close family members and friends including names like Karan Johar, Manish Malhotra and Kunal Kohli in attendance. However, the same does not apply to the establishment. At all events, the decor and design seemed to have transitioned from role to reality. For all the details, we reached out to the woman behind it, Sumita Ghai, owner of The Mansion House and Creative Director of Eventshoppe, a Mumbai-based company that specializes in bespoke wedding designs and services.

The Mansion House, which was designed as a luxurious resort with its homely feel, served as the perfect backdrop. “The property has a quiet pool area, well-tended gardens with airy cabanas, a terrace bar and a garden as well as spacious indoor and outdoor areas,” says Ghai. The starting point? “The assignment that the family gave us was specific but nuanced. Both the bride and groom wanted a neutral color palette and a minimalist design, but with all the traditional accents and exuberance of the ‘great Indian Shaadi’. “The creative challenge was creating Pinterest-worthy looks for six different functions. From ceremonial mehandi, haldi and pheras to cocktails, formal dinner and a high octane after party, each with their own theme and feel. “It was hectic, but we had just as much fun as our guests,” says Ghai, who, together with her efficient team, effortlessly put the entire show together in less than two weeks. 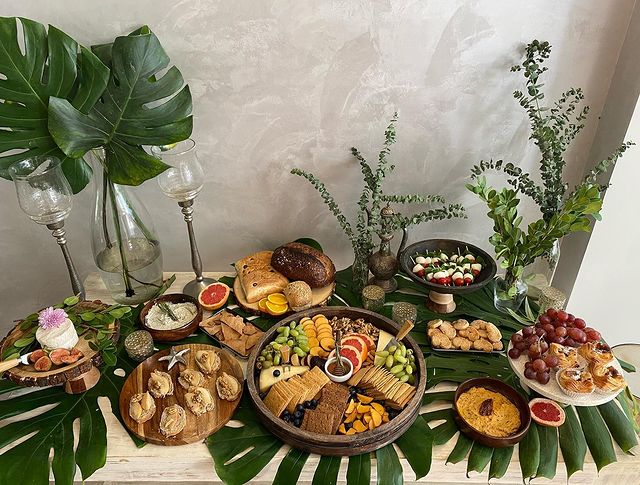 Unique shades, table wicker: a look at the wedding decorations in the new year