How much does wedding catering cost?

Imagine the last special meal you really got into – then multiply that by about a hundred. That’s what it could cost you to feed everyone at a wedding and properly liquefy them. Catering is one of the highest costs associated with hosting a reception, but there are ways to reduce it. (#byebyecake)

We recently spoke to five brides from across the country to see how much they spent on their guests – from the welcome drinks to the nightly goodies and everything in between – and where they saved up.

“This included welcome drinks, cocktail hour drinks, and a five-hour open bar during our reception. It was $ 40 per person, but everything at our venue was subject to a 6 percent tax and a 20 percent tip.”

“We were given three options for groceries – $ 75, $ 85, or $ 95 per person – and chose the middle option. This included dinner as well as bread, salad, coffee, tea and five starters for the cocktail hour: crab cakes, mini-beef Wellington, scallops wrapped in bacon, brie and pesto in phyllo, and Italian crostini. For dinner, guests can choose between cod, sirloin or a vegetarian mushroom risotto. ”

“We had an ice cream bar, cupcakes, and a few other desserts – not cake – provided by a local bakery.”

“We arranged for a pizza delivery to the bar for our after-party. It was absolutely worth it. Dinner was hours before and people were partying hard on the dance floor; they were hungry when we got to the bar.” “

“My brother-in-law owns an embroidery shop and has made homemade alcohol as a favor for guests.”

“We had alcohol from the moment the guests arrived until the end of the event. And since our ceremony and reception were in the same location, guests could drink during the service. Our venue didn’t have hard alcohol permits, so there were five types of wine – two white, two red and one rosé – and two types of beer: Racer 5 IPA and Scrimshaw Pilsner. “

“The cost included starters, food stations that were open for two hours and refilled, and desserts. Starters were cheese, fruit, cold meats, olives, and bread, and the dinner stations offered Hawaiian sack, mini-tacos, grilled chicken satay. Lamb pusher , Steak sandwiches, grilled pork or jackfruit pizzas, pancetta gouda pizzas and gorgonzola macaroni and cheese. We wanted people to be social and eat what they like. We feared there wasn’t enough food because it wasn’t. It was a typical meal but there was a ton left and most people said they had seconds and thirds of their favorites. When we did the tasting we tried to eat one at a time and got super full . ”

“There were three options for dessert: a selection of macarons, lemon panna cotta and mini-cupcakes. We were never in the tradition of cake cutting and we loved that our caterer included desserts in their price.”

“Some places include that with food, but ours don’t.”

“We chose to just drink beer and wine, not necessarily to cut costs, although that was a bonus. My husband and I aren’t big drinkers, and I wasn’t crazy about the idea that people totally Drink alcohol.” Our wedding. We served four types of beer, plus a Pinot Noir and a Sauvignon Blanc, and we could get it all at cost in the restaurant that looked after us. We also bought bottles of Topo Chico and Costco sodas and put them in buckets around the venue. “

“We had been passing trays of lobster poppers and meatballs around during cocktail hour. We were expecting about 150 to 160 people, 125 of each – I thought not everyone would eat both options or they wouldn’t eat either.”

“I always imagined having long farm tables with a family meal – and that’s exactly what we had. We served fried chicken with sauce, mashed potatoes, zucchini noodles, Brussels sprouts, macaroni and cheese. We chose 165 servings of everything to make sure.” that we had enough. This also ensured that our salespeople and staff who worked that evening were all fed and that we had a to-go box to ourselves at the end of the night! ”

“We definitely spent more on our cakes than I originally planned. The bakery we used, Sweet Treats, was recommended by our venue. For the wedding cake, we had a combination of white chocolate and strawberry in the middle. The des Groom’s cake was made of red velvet. Like our starters, we had fewer portions of cake available than the total number of guests expected. We thought not everyone would eat it and, frankly, we had a lot left. ”

“We had a bartender and an open bar from cocktail hour to the last dance. We wanted our guests to enjoy their evening without having to pay for drinks.”

“Our dinner was a relatively simple dinner buffet with two main courses. Early on we discussed what we remember most about weddings: the venue and the DJ. So we decided to use a large part of our budget on the venue and pay close attention the DJ. We didn’t spend our money at dinner. ”

“We went with twelve cakes from a local bakery, including two ‘cutie pies’ for the bride and groom. We were very pleased with our decision to go with cake – but we also got a sheet cake for people looking forward to a wedding reception The cakes matched our theme perfectly, and a line formed before serving started just so people could get a slice of their favorite flavor. “

“Our venue required us to bring our own alcohol. We opted for beer (IPA and blonde ale), wine (Sauvignon Blanc, Chardonnay and Cabernet Sauvignon) and two signature cocktails – a raspberry chambord bellini and a Moscow mule The hard cost of the alcohol was $ 1,600, and we paid an additional $ 200 to serve the signature drinks, plus there was a $ 650 bartender fee and a $ 500 opening fee an additional bar station during cocktail hour. So we brought the kegs back to the hotel for our after party (there were maybe keg stands or not!) and my husband and I had a bottle of red wine for our one year anniversary. ”

“During the cocktail hour, three starters were served: fried ravioli, buffalo-chicken empanadas and tomato-biscuit shooters with grilled mini-cheese. For dinner, guests could choose between two salads and two starters (chicken or spinach tortelloni). Had we been offered two meat options, we would have charged an additional $ 25 per plate for all guests who needed a vegetarian option, but we had a lot of guests who are vegetarians – including me – so we decided to have one of the vegetarian plates to make a major selection. “

“A simple 10-inch cake and a variety of desserts – cheesecake, brownie, lavender macarons, and fruit cake – were included in the cost of the venue. My husband and I didn’t really want to make a cake, but my mother had a strong feeling that we did we need at least one small cake to cut to be lucky. My dad also insisted that we have a traditional Norwegian cake called Kransekake. It’s almost more biscuit consistency with several layers. A very nice woman who regularly makes Kransekake for her friends and family makes us only $ 80 – including delivery to our venue. “

Sarah Weinberg
Deputy Editor in Chief
Sarah Weinberg is the Assistant Editor at Delish and has covered food, travel, home and lifestyle for a number of publications including Food Network Magazine and Country Living.

This content is created and maintained by third parties and is imported onto this page so that users can provide their email addresses. You may find more information on this and similar content at piano.io 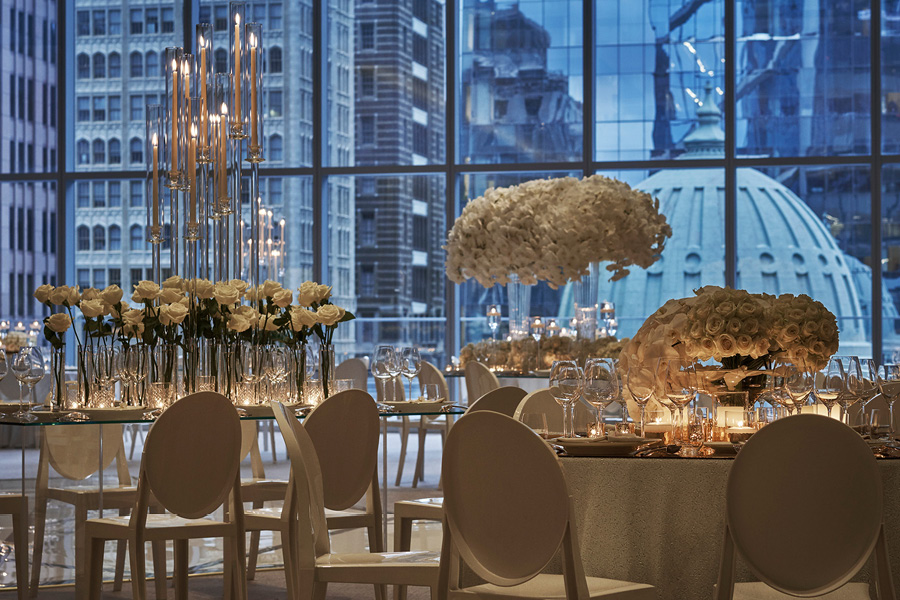